Airflow is the automation tool used to create and manage reproducible data pipelines. There are specific mechanisms to send alerts to users when there is an error when executing these pipelines.

One of the most common ways of sending these alerts is email. Other's include slack, PagerDuty, or Zapier integration. In one of the blogs, I have covered different ways of sending an email with Airflow. This one is specific to SendGrid.

Sendgrid is a cloud-based service that provides an email SMTP server for you to send emails. The out of the box integration and ease of use is what made Sendgrid the choice of software for most companies. A common alternative for Sendgrid is AWS SES

Before we use SendGrid with Airflow, you to an account with Sendgrid, go ahead and register yourself. You get 100 emails/day on the free plan, which is good enough for this exercise.

Next, you need to authenticate your domain.

You will get a set of DNS records to add to the DNS provider on adding your domain name.

There are two types of email integration in Sengrid

Web API providers SDK in different languages for you to integrate email sending logic to the code.

SMTP Relay is used when you already have an email sending app and want to configure the SMTP server.

Since Airflow already has the email sending logic, it needs the SMTP details to start sending emails.

Setting up SMTP details is pretty straightforward. You have to give a name for the API key, and your key will be generated.

Now it's only a matter of adding it to Airflow.

There are two ways you can integrate SendGrid with Airflow.

Airflow also has a Sendgrid specific provider, which you can use as follows. 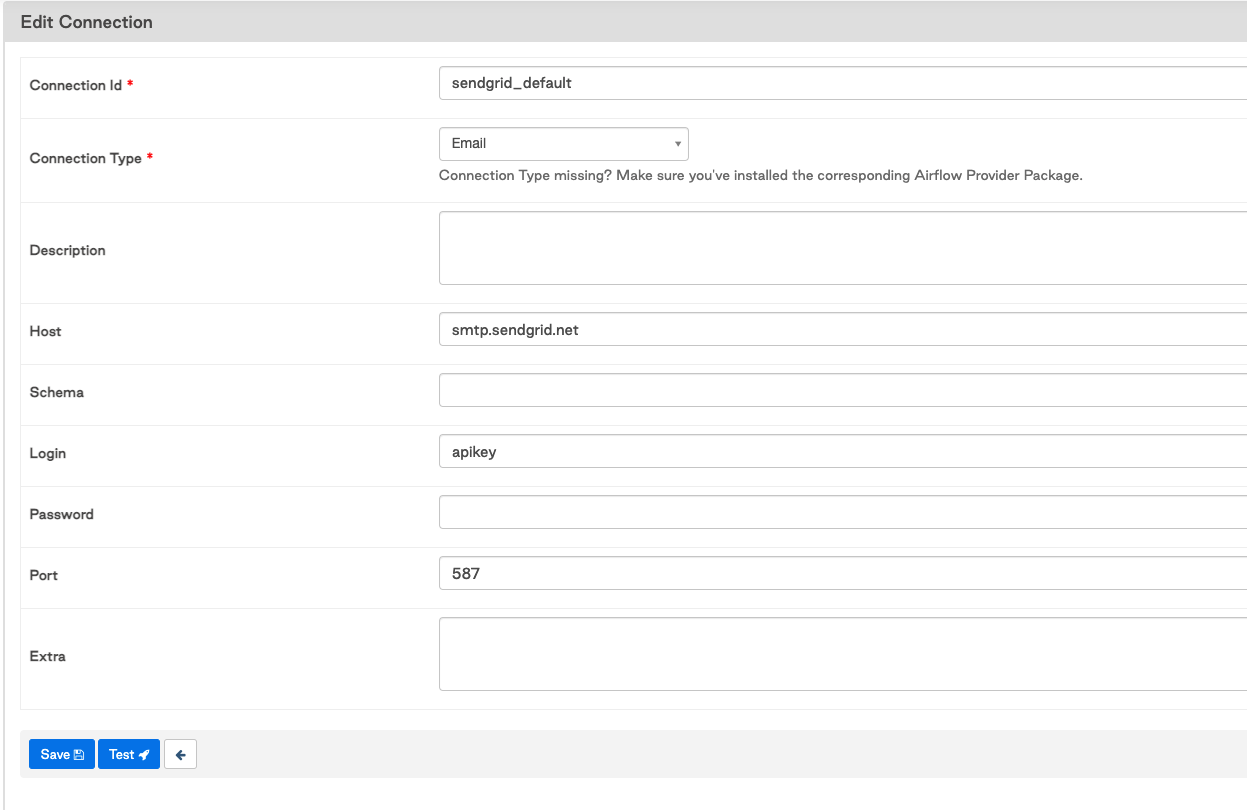 That's it. After configuring, you can use any email sending method, but the whole point of this blog is to send alerts on failure. The following DAG has a PythonOperator, which will fail no matter what.

Add this to your Airflow DAGs, and you will get an email on failure. You can also set email_on_retry as True to send emails on retry.

Airflow currently does not support email_on_sucess. The only way to achieve this is via EmailOperator or a custom PythonOperator.

Sharing is Caring
Join my NewsLetter!

I recently moved my blogs from medium. Find more of my writing here.